February 25, 2018
History has a way of repeating itself. Twenty years ago, when Amazon was just an experiment in online book sales and Google was just a Yahoo! copycat, nobody seemed to understand what the “Internet” actually was or how it would eventually affect our lives.

That went double for lawyers, who in the mid-1990s pushed the panic button when the concept of online contracting became a reality. State lawmakers rushed to introduce statutes that would define and constrain this monster before it wrought havoc on the unsuspecting analog world of contract law. They came up with technology-specific, proscriptive rules for electronic signatures that, had they been successful, would have left the U.S. a patchwork of unworkable state laws that would have prevented electronic delivery and signatures for all kinds of transactions that we take for granted today.

Fortunately, a model law called the Uniform Electronic Transactions Act (UETA) emerged that, in contrast to the initial view that online transactions needed to have their own legal framework, recognized that current laws were adequate to govern electronic transactions. The UETA used an “overlay” approach, gently broadening the definitions of “writing” and “signature” to include electronic versions. The same laws that had evolved to guide contract law over many years were left untouched, allowing legal precedent to apply to contracts, regardless of the emergence of new technologies that would be used to execute them.

Well, here we are again. Only this time, the bogeyman is the “smart contract”, which nobody in the legal profession seems to understand, and which nevertheless is the subject of a flurry of new laws to regulate it. Most of the proposals are intended to support the enforceability of smart contracts and blockchain transactions; many are busily supplying new definitions of various aspects of distributed ledger technology, and all are inconsistent with each other. Another patchwork of incompatible laws that threaten to grind interstate commerce to halt?

We already went through a similar exercise two decades ago, and we should have learned our lesson then. Not only is there an opportunity to learn from the events that led up to the promulgation of the UETA, it is the UETA itself that makes most of these laws unnecessary. UETA, and its federal counterpart, the Electronic Signatures in Global and National Commerce Act (ESIGN), were painstakingly drafted to be technology-neutral, with the understanding that new technologies will always come along, and that such innovations need not create tumultuous disruptions in statutory law, as long as the law is amenable to these changes.

It is ironic, then, that most of these new bills seek to amend the states’ UETA laws, to add the definition of smart contract and/or blockchain in the belief that this will clarify the validity of transactions involving them.

Why is that so bad? In the short term, it may not be noticeable, but the fact is that the many proposals intended to clear the path for smart contract enforceability threaten to undermine the effectiveness of UETA and ESIGN in the long run, because they presume that smart contract enforceability isn’t already covered. Were this actually the case, then we would have to presume that any other specific technology that isn’t already defined in the statute is precluded. And that is the opposite of what UETA was intended to accomplish.

Leave well enough alone. Smart contracts are allowed; they are legal; they are electronic records that are fully covered by a 20-year-old law. 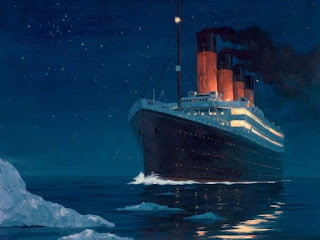 You're heading into dangerous waters. On May 25, 2018, the European Union (EU) General Data Protection Regulation (GDPR) goes into full effect, and it will almost certainly affect you. If you are not compliant with the GDPR by this date, you could face fines of up to 20 million Euros or 4% of worldwide annual revenue per breach . So it's important to understand whether the GDPR applies to your business, and if it does, what you must do to comply. It probably applies to YOU The GDPR is a comprehensive regulation meant to protect the personal data of EU citizens, wherever that data might be processed . It greatly expands the geographical scope of the EU data protection laws. In fact, the GDPR applies not only to organizations located within the EU, but also to organizations located outside of the EU if they offer goods or services to, or monitor the behavior of, EU residents. So US-based companies will need to comply with the GDPR if they are doing business (or attemp
Read more