Showing posts from June, 2015
Show all

By Ken Moyle As I wedged into my window seat aboard the Seattle-bound 737, I instantly recognized my seatmate-to-be as Governor of Washington state, Christine Gregoire.  It was Wednesday, June 30, 2010, and we were both heading home from D.C. after two days of intense lobbying on Capitol Hill.  My day wasn’t over just yet.  As the plane continued to board, I fired up my laptop and pulled up the live video feed from the House floor, just in time to catch Rep. Jim McDermott (D-Wa) leading the floor debate in support of declaring today National ESIGN Day.  McDermott was lavishing praise on DocuSign[i] for spearheading the effort.  “Well,” the governor said over my shoulder as we watched the measure pass 397-15, “it looks like you had a better week than I did.” National ESIGN Day 2010 With the backing of the Electronic Signatures and Records Association -- a committed group of industry and public policy advocates -- both the U.S. House and Senate passed concurrent resolu
Post a Comment
Read more

eIdentity: Willl US and EU Meet in the Middle? 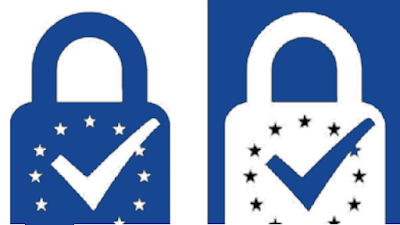 By Ken Moyle Last week I revisited the history behind the rapid adoption of electronic commerce in the US over the past 15 years, along with a suggestion that we may be in for some growing pains.  Online identity and trust are still in their adolescence here, and if we do not work toward a more meaningful means of establishing online trust, we will not achieve the true potential of digital transactions. On the other side of the spectrum lies the European Union.  While America was building private sector e-commerce empires with low-risk, low value transactions in the 1990’s, Europe instead worked on an electronic commerce model that focused on minimizing online risk.  They had good reasons for this: their mission was to create a framework to support a “digital agenda” for online delivery of government services.  As I have previousy shared, "Government agencies in the US have been pressured for years to offer paperless alternatives, but concerns about user authenti
Post a Comment
Read more
More posts